Introduced in Unicorn, ECOAS(or Earth COlony ASteroid) is a covert ops, special task force within the Earth Federation Forces, that operates under its own command system. They’re characterized by their signature brown uniforms and mobile suits D-50C Loto and RGM-89De Jegan (ECOAS Type). 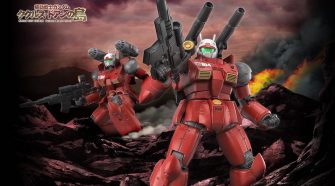