Much mystery still surrounds the Sunrise and Legendary co-produced live-action Gundam film. Mid-April 2021 we learned the film found its director and streaming giant Netflix will be releasing the feature internationally, with the exception of China, where Legendary will head distribution.

Y: The Last Man and Runaways scribe Brian K. Vaughan is still set to write the screenplay and will also act as an executive producer. Legendary’s Cale Boyter is overseeing the project alongside Sunrise.

Director Jordan Vogt-Roberts, of Kong: Skull Island fame, hasn’t been shy in expressing his love for the Gundam franchise in a series of Tweets, specifically for the beloved long-running Universal Century timeline, from the divisive Mobile Suit Gundam ZZ series to the obscure Mobile Suit Gundam: Char’s Deleted Affair [C.D.A] ~ Portrait of Young Comet manga by Hiroyuki Kitazume. Released in 1986, Gundam ZZ was a drastic tonal shift from its popular brooding Mobile Suit Zeta Gundam predecessor, adopting an initial lighthearted, slapstick comedic atmosphere, to the dismay of sects of the fan base.

While nothing has been reported in the ways of casting, setting or plot, having a fan at the helm of the project bodes a certain optimism for the long-veiled film, announced back in 2018. 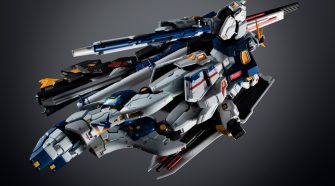