Voice actor Toshihiko Seki, who had been hospitalized after his coronavirus infection since the beginning of this month, is now discharged from the hospital as of August 14 according to his agency 81 Produce.

After experiencing feverish symptoms on July 31, the actor visited the hospital on August 1 where Seki underwent a PCR test, and confirmed his coronavirus infection on August 3. Seki was then admitted to the hospital for treatment the following day. After weeks of treatment he took two PCR tests in a row that tested negative allowing the 58 year old actor to be released from the hospital.

The actor commented, “I am once again sorry to the  people who I caused so much trouble during my stay in the hospital…I am truly grateful to all the medical staff for their daily dedication in spite of the recent rapid increase in the number of infected patients. I would like to take this opportunity to thank the medical staff for their support.”

Toshihiko Seki is one of the most renowned voice actors in the anime industry with over 215 credited roles. He’s known for his Gundam roles such as Duo Maxwell, Rau Le Creuset, and Rey Za Burrel,  Iruka Umino from Naruto, Senketsu from Kill la Kill, recently Muzan Kibutsuji from Demon Slayer, to even tokusatsu roles such as Momotaros in the popular Kamen Rider Den-O series.

Previous Over 1000 Gundam Songs to be Added to Streaming Services 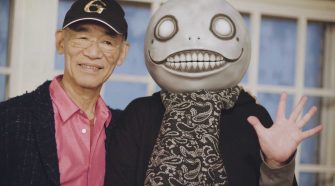