Known for his comedy-ecchi works, in October 2020 mangaka Masakazu Iwasaki announced he was penning a new manga series for Gundam Ace, the official Kadokawa-published monthly Gundam manga magazine, titled Arasa OL Haman-sama(or Around Thirty Office Worker Haman-sama). As the title suggests, the manga re-imagines the popular Universal Century Gundam antagonist Haman Karn as a thirty year old officer worker, along with many of the characters that appear in Mobile Suit Zeta Gundam and its sequel Mobile Suit Gundam ZZ.

OL Haman-sama is a slice of life, workplace comedy following Haman Karn as a high-level executive of the “Neo Zeon” apparel company, and the misadventures of Haman in a Gundam-inspired office setting. Earlier in the year in March, Kadokawa released another PV featuring Yoshiko Sakakibara reprising her role as Haman Karn herself. Volume 3 of Haman-sama is now on sale, priced at 704 yen.

While parodying the events of Zeta Gundam, Kamille Bidan was introduced in the manga’s 2nd volume as a young upstart from the rival “Argama” company, led by Bright Noa, and immediately sparks an aggressive rivalry between him and Haman. As the story progresses however, their rivalry simmers into a tsundere, frenemy-like kinship.

Zeta Gundam is set in UC 0087 taking place eight years after the original Mobile Suit Gundam series. The Zeta TV series saw the return of Yoshiyuki Tomino as director, Yoshikazu Yasuhiko as character designer, and Kunio Okawara as mechanical designer, joined by new designers Mamoru Nagano and Kazumi Fujita. The series soundtrack is composed by Shigeaki Saegusa, who would go on compose for the two succeeding Gundam installments, ZZ and Char’s Counterattack.

For Zeta‘s twentieth anniversary, Tomino returned to direct the Mobile Suit Zeta Gundam: A New Translation, a compilation film trilogy revising the story with a more optimistic alternate ending and blended new and old animation, releasing from 2005 to 2006. Tobita and much of the original cast reprise their roles. 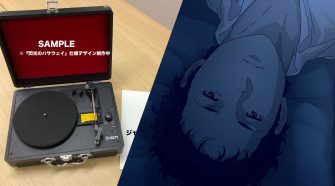