First in a trilogy of anime films helmed by Shukou Murase, Mobile Suit Gundam Hathaway’s Flash, or Hathaway is the official sequel to the 1988 Mobile Suit Gundam Char’s Counterattack movie. The film project serves as the second entry in Sunrise’s U.C. NexT 0100 Project following Mobile Suit Gundam Narrative. The project was announced in November 2018 to celebrate the Gundam 40th anniversary, adapting the Yoshiyuki Tomino-penned novel series of the same name. The novels were originally released from 1989 to 1990, as a follow-up to Tomino’s Char’s Counterattack: Beltorchika’s Children novel, published by Kadokawa’s Kadokawa Sneaker Bunko imprint.

Earlier in the week, speaking with Japanese publications Mantan Web and CinemaToday, Gundam series producer Naohiro Ogata discussed various topics regarding Hathaway’s Flash from its difficult history adapting the novels to its innovations with 3DCG and film quality.

With the weight of celebrating the Gundam 40th anniversary by adapting Tomino’s famous novel into a trilogy and being a fan of the books himself, Ogata had substantial plans for Hathaway.

I wanted to make Hathaway’s Flash the best it could be. That’s why Murase is the director. The visual quality of the film is beyond what Sunrise has ever done. It’s more like a live-action film, and we didn’t feel like we were making an anime from the beginning.

Producer Ogata had long been fascinated by Shukou Murase’s visuals and commissioned him to direct the film project. The producer had high praise for the director, complimenting his aptitude at emotional storytelling and drama, even adulating him as “one of the top five animators in the world”.

Director Murase has a long history with Gundam, serving as an animator and storyboard artist on various entries such as Mobile Suit Gundam F91, Mobile Suit Victory Gundam and Mobile Suit Gundam Unicorn, as well as character designer for New Mobile Report Gundam Wing. Murase gained acclaim outside of the mecha franchise with his direction of grim, yet masterful anime works like Genocidal Organ and Ergo Proxy, having a penchant for dark visuals.

Genocidal Organ in particular, coincidentally is quite similar to Hathaway’s Flash, with both being strong, nuanced political narratives revolving around a central terrorist figure. The 2017 animated film adaptation, of the Project Itoh novel of the same name, is a thought provoking scifi, political thriller about a post 9/11 world discussing the dubious nature of government surveillance, the illusion freedom and choice, and how war and turmoil abroad ensures the continuance of American decadence and hedonism.

In previous interviews and panels, featured in the April 2021 issue of Gundam Ace and Anime Japan Production Works 2021, cinematographer Kentaro Waki and Assistant Line Producer Narumi Iwashita spoke of Murase’s “strict demands” and “difficulties” working toward his particular visual style. Another topic of the film production is its use of 3DCG. Not only to aid in animating its complex mobile suits, but for dynamic camera movement as well, Ogata described this as a “trial and error” process.

Elusive to anime productions, securing Pablo Uchida(an artist known for his realism) as character designer, aids in the “live action” approach to the Hathaway film. Producer Ogata lauded him as the “successor” to famed illustrator Noriyoshi Ohrai.

Hathaway’s Flash itself is unique within the Gundam franchise. Despite being written thirty-two years ago, it’s a grounded, timely story. Instead of a conventional war between major powers or space based stories, its earthly depictions of environmental and immigration issues, along with terrorism continue to have an increasing relevance today.

Murase at the helm of such a work feels entirely too perfect, he’s confidently the right auteur to make Hathaway the rich, visually unique character study it needs to be. The Gundam series needs more visionary directors to push beyond its conventions, continue to innovate as Gundam has been known, and tell modern stories. 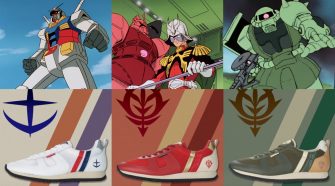