The sneakers are based on Patrick’s popular “Marathon” model and will be available in a blue “Kira Yamato” version sporting the Earth Alliance logo from the series, and a red “Athrun Zala” version featuring the ZAFT logo.

The Mobile Suit Gundam SEED Sneaker Marathons released in Japan April 9 to the STRICT-G Tokyo Odaiba, Tokyo Solamachi, and Shizuoka NEOPASA locations for 22,550 yen. The shoes are available for online purchase via Premium Bandai and will release sometime in April. 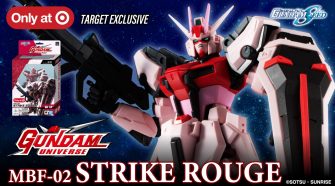