The banner is newly drawn by director Yoshikazu Yasuhiko, featuring protagonist Amuro Ray, the titular Cucuruz Doan, and the mobile suits they pilot, the RX-78-02 Gundam and the MS-06F Zaku Doan’s Custom. The center of the banner displays the various MS-06GD Zaku High Mobility Type(Ground Use), piloted by the Southern Cross, an elite unit of the Principality of Zeon forces, advancing toward them, foreshadowing the beginning of a fierce battle. The banner will be displayed around theaters in Japan in promotion of the film.

Next Gundam: Hathaway’s Flash Theme Song to be Included in New [Alexandros] Album 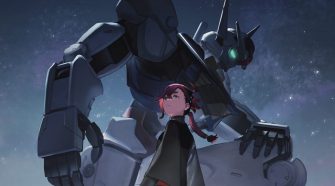