The official website for the Life-Sized Unicorn Gundam Statue has announced its 2022-2023 winter lighting program. To coincide with the release of the currently airing Gundam TV anime, the winter show for the titanic mecha will be themed after Mobile Suit Gundam the Witch from Mercury.

From December 2 to February 19, 2023 the RX-0 Unicorn Gundam statue  at DiverCity Tokyo Plaza will be illuminated with colors based on the Witch from Mercury, as well as a statue sitting at the foot of the transforming mobile suit, featuring protagonist Suletta Mercury, Miorine Rembran, and lead mobile suit XVX-016 Gundam Aerial.

Beginning in 2010, Mobile Suit Gundam Unicorn(or Mobile Suit Gundam UC) adapted the bestselling novel of the same name into a seven-part OVA(original video animation) series directed by Kazuhiro Furuhashi and scripted by Yasuyuki Muto. The novel was published by Kadokawa Shoten from 2007 to 2009, penned by Harutoshi Fukui with character designs by celebrated animator Yoshikazu Yasuhiko and mechanical designs by Hajime Katoki. For the anime, Katoki returned for mechanical designs, joined by Junya Ishigaki, Nobuhiko Genba and Mika Akitaka, with Kumiko Takahashi on animation character designs. Famed composer Hiroyuki Sawano was in charge of scoring the series. 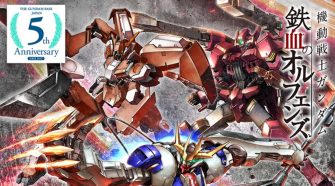