In the heyday of e-sports, “Gundam Battle” is leading the way in popularity. By scanning their own gunpla and controlling a life-size mobile suit projection, they aim to win the national championship. Hiro is the pilot, Takumi is the builder, Kentaro is the programmer, Taichi is the commander, and Sota is the armorer. A variety of crises await these adolescents. Farewells from their friends and conflicts with rival teams. This is a coming-of-age ensemble drama about high school students who gradually grow up with dreams and friendship in their hearts through Gunpla battles. 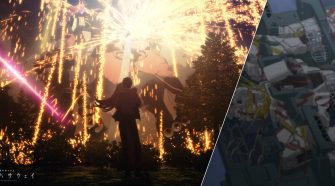