In the episode titled “Anime Is Not to Be Underestimated”, the interview begins with an overview of Tomino’s familial inspirations for his fascination in outer space and certain characters and themes depicted in the 1979 Mobile Suit Gundam series. Particularly with his father Kihei, who worked in a munitions factory developing military technology, would inspire the Tem Ray character in Gundam.

Towards the middle end of the interview the director discusses the rich setting of his latest work Gundam Reconguista in G and how he feels viewers have yet to grasp its themes and message.

“From the perspective of energy, this series is set in a time when humans can longer dig for coal and oil on Earth. Instead, they must rely on solar energy. They’ve managed to develop the technology to store solar energy in battery form, and in this world they decided to not allow the production of these solar-charged ‘Photon Batteries’ on the Earth itself. They know if they promote industrialization, it would lead to using the Earth’s resources, so they do it in space. In this new series, space colonists manufacture the Photon Batteries and lower them down to Earth via a space elevator for distribution.

In other words, humans have decided to leave the Earth’s resources alone. They’ve made the planet a habitat for preserving nature’s resources. That’s the setting I came up with. But no one, not even the fans, describes the story from this perspective.”

“Nope. Viewers have yet to truly pick up on that aspect. They don’t expect anime to deal with theories of civilization and culture. It’s only anime, after all.”

Released in 2014, Gundam Reconguista in G celebrated the 35th anniversary of the Gundam franchise and saw the return of Yoshiyuki Tomino helming a brand new Gundam title for the first time in fifteen years since 1999’s Turn-A Gundam.

Tasked with protecting the tower, one day on a practice mission, young Capital Guard cadet, Bellri Zenam is attacked by a high-performance G-Self Mobile Suit. Despite having never before encountered the G-Self, he feels a strange connection to it and its pilot, a space pirate called Aida Surugan. Little does Bellri know that he is about to uncover truths which will shake the entire Regild Century.

Amid mixed to negative reception, the director is currently retelling the series in the form of five compilation films. The film series was announced in November 2018 as a part of the Mobile Suit Gundam 40th Anniversary Project. The compilations were to include new scenes and newly recorded, updated dialogue. Gundam Reconguista in G III: A Legacy from Space released July 22, 2021 to Japanese theaters. The untitled fourth installment is currently in production. 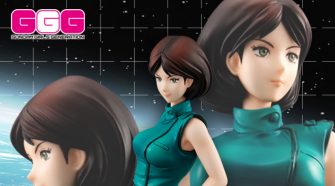