The official Gundam-Hathaway website now reports that Mobile Suit Gundam Hathaway’s Flash has surpassed 1.8 billion yen at the box office in its sixth week of release, earning 1,850,500,500 yen in revenue. With 910,965 tickets sold, the film ranked 7th in the Japanese weekend box office rankings, and has remained ranked in the top 10 for 6 consecutive weeks. 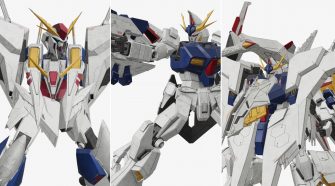