The fabric feature the same lightweight and durable nylon material as actual flight jackets, and by removing the padding, the jacket can be worn in three seasons.
In addition, all of the patches featuring  Mafty and Principality of Zeon military motifs are embroidered. The Mafty and Principality of Zeon Forces Flight Jackets are both priced at 31,900 yen with an April 2023 release date.

In the “Hathaway’s Flash anime film series, the “Anti-Earth Federation Movement” Mafty is a terrorist organization led by Hathaway Noa under the name Mafty Navue Erin. The group serves as the protagonist faction waging an insurgency against the corrupt Earth Federation government, assassinating cabinet ministers, and ultimately planning to raid the Adelaide Conference in Australia.

In the original 1979 Mobile Suit Gundam series, the Principality of Zeon is the antagonistic faction engaged in a war of independence against the Earth Federation. They are ruled by Degwin Zabi and his children Gihren Zabi, Kycillia Zabi, Dozle Zabi, and Garma Zabi. 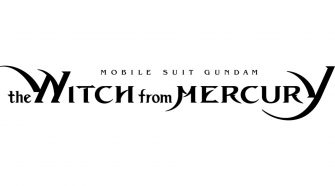