Prime Minister Yoshihide Suga declared a third state of emergency in Japan April 23 in Tokyo and the western prefectures of Osaka, Kyoto and Hyogo in an effort to curb the surge in COVID-19 cases in the island nation. The state of emergency was stated to last from April 25 to at least May 11, 2021, however, it was extended to May 31, increasing to nine affected prefectures.

Earlier today the official Mobile Suit Gundam Hathaway’s Flash Twitter account posted the film will be delayed from its May 21, 2021 release date. The announcement of a new release date will be made soon. This will mark the third COVID-19 related delay for the feature, which was initially set to release last Summer on July 23, 2020.

First in a trilogy of anime films helmed by Shukou Murase, Mobile Suit Gundam Hathaway’s Flash or Hathaway is the official sequel to the 1988 Mobile Suit Gundam Char’s Counterattack movie. The film project serves as the second entry in Sunrise’s U.C. NexT 0100 Project following Mobile Suit Gundam Narrative. The project was announced in November 2018 to celebrate the Gundam 40th anniversary, adapting the Yoshiyuki Tomino-penned novel series of the same name. The novels were originally released from 1989 to 1990, as a follow-up to Tomino’s Char’s Counterattack: Beltorchika’s Children novel, published by Kadokawa’s Kadokawa Sneaker Bunko imprint. 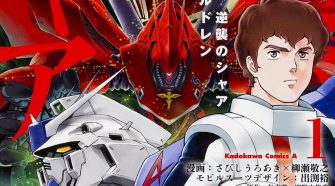