“Gundam Decal DX” is a deluxe series of water-transfer decals tailored for Gundam models, featuring a collection of distinctive military marks, logos, and insignias themed after a specific series or faction. The decals can be applied to a wide variety of model kit lines.

The Gundam Decal DX 07 features decals for the various factions depicted in the Iron-Blooded Orphans series such as: Tekkadan, Turbines, Gjallarhorn, and the Seven Stars—the seven clans who govern Gjallarhorn. The decal set is priced at 1,650 yen with an August 2022 release date. 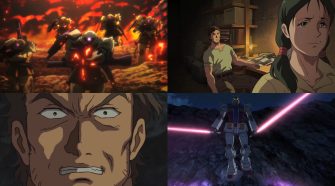