Mobile Suit Gundam Char’s Counterattack Amuro Ray was announced as the winner of their “commercialization decision” questionnaire. The figure stands approximately 21cm and features long time Gundam protagonist Amuro Ray in his normal suit as seen in the 1988 film Mobile Suit Gundam Char’s Counterattack. Amuro’s helmet can be attached to the backpack of the normal suit or held in his left hand. The figure will include a special pedestal featuring Amuro’s personal insignia.

From the Gundam Build Divers Re:RISE series the GGG May features the character sitting on her personal mobile suit Wodom Pod, based on the WaDom from the 1999 Turn-A Gundam series. 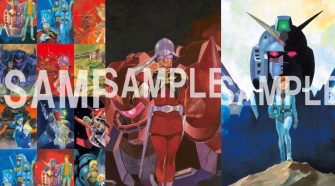