A new “WALL-G” special video has been announced to screen at the Life-size Unicorn Gundam Statue in the festival square of DiverCity Tokyo Plaza, located in Odaiba, Tokyo.

The video is an anime short produced under the Mobile Suit Gundam 40th Anniversary theme of “BEYOND”. The anime will feature Mobile Suit Gundam Unicorn protagonist Banagher Links traveling to different Gundam worlds and series; to convey the message the appeal of Gundam transcends borders and generations. The content of the video correlates with the four “BEYOND” key visuals released in November 2018 during the 40th Anniversary Project Presentation. 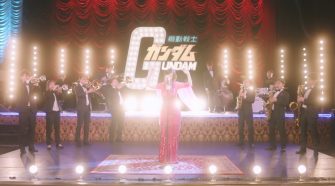