The flight module on its back has been newly sculpted. The fuselage color is an original color based on gray and navy blue, faithfully reproducing the design created by mechanical designer Junichi Akutsu.

The Aile Calamity Gundam’s main weapon is the “Adler” a composite armament made for air combat, with the ability to change into four different modes: Warhammer Mode, Rifle Mode A, Rifle Mode B, and Javelin Mode. 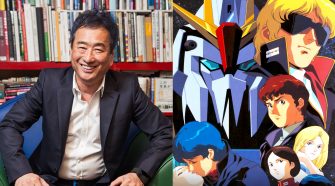