Legendary Pictures and Gundam’s home anime studio Sunrise will be coproducing the film to exclusively stream on Netflix internationally, with the exception of China, where Legendary will head distribution.

Y: The Last Man and Runaways scribe Brian K. Vaughan is still set to write the screenplay and will also act as an executive producer. Legendary’s Cale Boyter is overseeing the project alongside Sunrise. Currently, there have been no announcements for the story, casting or a release date for the film.

Presently, Sunrise is focusing on releasing the first in a trilogy of anime films, Mobile Suit Gundam Hathaway’s Flash, or Hathaway scheduled for a May 7, 2021 release date in Japan. The project was announced in November 2018 to celebrate the Gundam 40th anniversary, adapting the Yoshiyuki Tomino-penned novel series of the same name. The novels were originally released from 1989 to 1990, published by Kadokawa’s Kadokawa Sneaker Bunko-imprint.

Gundam’s first official foray into a live-action installment was the 1999 G-Saviour, produced by Sunrise and Canadian studio Polestar Entertainment. The television film was intended to celebrate the 20th anniversary of the long running franchise. 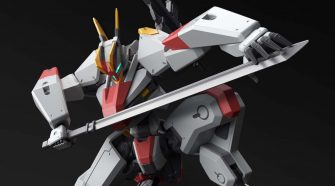