Towards the end of the interview Yasuhiko is asked “Did Doan’s story itself stick with you?”

Yasuhiko: At the time, I treated it like a stepchild, I threw the whole thing to an outsourced studio, including animation direction, and watched the raw footage thinking, “Oh, this is a bit …….” but the story always stuck with me. This should be a good story if it’s made properly. I was thinking that Cucuruz Doan’s Island is similar to Francis Coppola’s Apocalypse Now. In Apocalypse Now the U.S. military sends assassins to Colonel Kurtz, who escaped from the Vietnam War and established his own kingdom deep in the jungle. It depicts the darkness of the Vietnam War and has a great depth to it. I felt that Cucuruz Doan’s Island also depicted a kind of darkness of the One Year War.

In the original 1979 Mobile Suit Gundam series, “Cucuruz Doan’s Island” sees protagonist Amuro Ray meeting Principality of Zeon deserter Cucuruz Doan. Stricken with guilt over his actions in a past battle involving killing civilians, Doan has secluded himself on an island in the Pacific swearing to protect the same children orphaned by that battle. 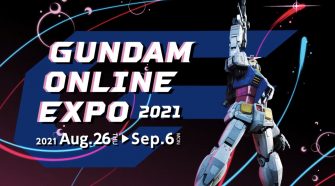