Tamashii Nations is also releasing a Mobile Suit Gundam: The 08th MS Team Option Parts Set, which is a collection of additional equipment and effect parts that can be used with the aforementioned Gundam Ground Type figure. The set is priced at 3,850 yen with a January 2022 release date.

The set will include: 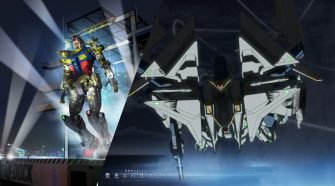