The Kunio Okawara Zodiac Gundam design series began in 2019 to celebrate the Chinese New Year(or Lunar New Year) with Chinese exclusive merchandise and promotional items, by reflecting the animal sign of the Chinese Zodiac for that year.

Beginning his career in the 1972 Science Ninja Team Gatchaman, Okawara was the first credited “mechanical designer”. He would go on to design the iconic RX-78-2 Gundam for the original 1979 Mobile Suit Gundam series, and continue to contribute his talents to the Gundam franchise for over 40 years.

The initial Zodiac Gundam design celebrated the Year of the Boar, followed by Rat in 2020, and this year Okawara designed the “Gundam Ox” or “Gundam Ushi” for Year of the Ox.

The “Zodiac Gundam Ox” is a basic RX-78-2 Gundam that has been cleverly designed with elements of Chinese knotting, a traditional craft in the Chinese sphere, to add a cute touch to the Gundam’s original charm.

Illustrations by Chinese designer ACE(Tan Di) have also been released.

Next Gundam 0083: Stardust Memory to Stream for Free on Gundam Channel 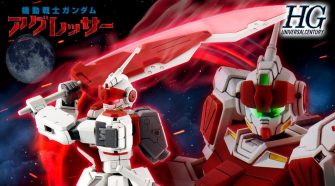