The official Gundam portal website Gundam Info, reports this is a 337% increase from Mobile Suit Gundam Narrative’s opening day in 2018, which ended its box office run with 670 million yen. The site continues that they aim for the film to be the highest earning Gundam film with over 2 billion yen in box-office receipts. Earlier in January, Gundam Hathaway was announced to set a record high in the Gundam franchise with 214 theaters nationwide in Japan screening the film.

Mobile Suit Gundam Hathaway’s Flash is finally released in Japan after suffering three delays due to the COVID-19 pandemic, and will stream internationally via Netflix July 1, 2021. 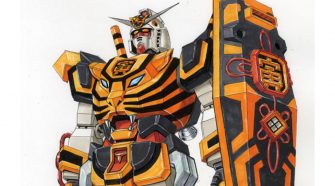