This year marks the 35th anniversary of the 1985 Mobile Suit Zeta Gundam series, and the Murasame Research Lab’s Cyber-Newtype, Four Murasame joins the Gundam Girls Generation (GGG) line. Piloting the Psycho-Gundam for the tyrannical Titans, Four is iconic in the series for her tragic romance with protagonist Kamille Bidan.

The figure stands approximately 19cm in height, and her sweater is made from a clear plastic that has been partially painted transparent. The outstanding proportions of Four’s sculpted body can be seen through her silhouette. In addition, a special stand is made of clear parts to reproduce the aura that emanates from Four’s body in the series.

Kamille Bidan is currently in production to be released in the Gundam Guys Generation (GGG) line for 2021, and fans will be able to display the tragic star-crossed lovers together. 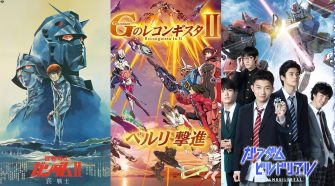