The Mobile Suit Gundam Unicorn series features a new faction of Neo Zeon remnants known as “the Sleeves” for the ornate sleeve-like decorations on their mobile suits. The “Sleeves” are led by Full Frontal, portrayed by Char Aznable actor Shuichi Ikeda.

In the Unicorn series, the Vist Foundation is depicted as a powerful and influential company with deep ties to the Earth Federation government, as the keepers of Laplace’s Box. Led by Cardeas Vist, the company oversaw the development of the titular RX-0 Unicorn Gundam. 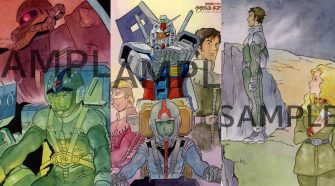