Yuma Uchida and Fu Hirohara have been announced as the casting for Cucuruz Doan’s oldest orphan children, Marcos and Cara respectively. Cara is described as a mother-figure to the children on the island and always concerned about Doan.

A 2nd round of advanced MoviTicke will go on sale April 29 priced at 1,800 yen. It will include a MoviTicke Card with the film’s key visual and A4 size clear file featuring an illustration by mechanical designer Kunio Okawara. The illustration depicts the RX-78-02 Gundam and a Southern Cross Team Zaku High Mobility Type, with the background featuring their iconic emblem. 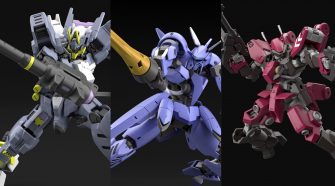