Anime production company Bandai Namco Filmworks(Sunrise) has announced the home video release of Mobile Suit Gundam: Cucuruz Doan’s Island will be November 25, 2022. Initially a limited edition Blu-ray set was released to theaters on June 3 to coincide with the theatrical release of the film.

The Blu-ray limited edition version is priced at 9,900 yen and includes:

The Blu-ray standard edition and DVD are priced at 5,000 yen and 4000 yen respectively, and include:

The 4K Ultra HD Blu-ray version is priced at 7,000 yen and includes:

Announced during the 2nd Gundam Conference on September 2021, Cucuruz Doan’s Island is a new anime film directed by Yoshikazu Yasuhiko, the esteemed character designer and chief animation director of the original 1979 Mobile Suit Gundam series, as well as chief director of the 2015-2018 Mobile Suit Gundam: The Origin series. The film is a remake and new perspective on the fifteenth episode of the same name from the original series. Since its release on June 3, 2022, the film has grossed 1.08 billion yen with 550,000 attendees. 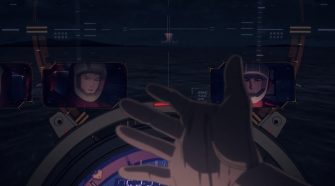