Ahead of its cour one finale episode, a new teaser trailer has been released for Mobile Suit Gundam the Witch from Mercury. The PV features a short summary of clips from the key moments between main characters Suletta Mercury and Miorine Rembran, up the events of episode 11 “The Witches from Earth”. An upgraded XVX-016 Gundam Aerial was also teased during the episode.

The Witch from Mercury is set to finish its first cour broadcast January 8, 2023 with episode 12 “Keep Marching on Instead of Running Off” and resume with its second cour, April 2023. The series is currently listed to run for a total twenty-four episodes across two seasons. From January to March, TV editions of Mobile Suit Gundam: Hathaway’s Flash, Mobile Suit Gundam Thunderbolt and Mobile Suit Gundam Narrative will air in its 5pm time-slot. 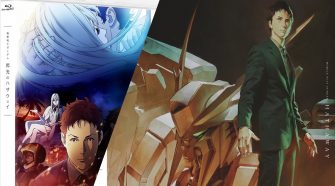