Produced by Satelight and Bandai Visual, Arjuna follows the titular Juna Ariyoshi, an inquisitive, but ordinary high school girl who’s killed in a motorcycle accident, while riding with her boyfriend Tokio, after being attacked by a supernatural worm-creature called a Raaja. As her spirit leaves her body, she has horrifying visions of the dying Earth. A young boy named Chris is seeking a successor and offers to revive her if she assumes his place as the Avatar of Time, the savior of the Earth to battle the Raaja. Throughout the series Juna is guided by Chris, aided by SEED, a government organization tasked with combating environmental threats.

Despite its superficiality featuring a magical girl who can summon a mecha to fight monsters, the series chronicles Juna’s struggle to adapt to her new abilities in her daily life, giving her a hypersensitive empathy for the Earth. The majority of the series focuses on a different contemporary issue each episode with Juna becoming more enlightened to the harsh realities of the world, all building on its central ecological themes such as: nuclear waste, energy consumption, pollution, pesticides, GMOs, processed foods, child birth, intersexuality, and consumerism. The villainous Raaja appear to represent humanity’s sins against nature.

What helps to ground the series is Juna’s relationship with Tokio and her friend Saiyuri Shirakawa. With Juna struggling to cope with her newfound responsibility as Earth’s avatar, she begins to act uncharacteristically and can no longer enjoy common social activities, such as an extreme disdain towards mass-produced fast foods like American-style hamburgers, pushing a wedge between them. Although Tokio grows closer to Saiyuri as the series progresses, he remains faithful to Juna, choosing to accept her new lifestyle and everything that she has become.

Visually, Arjuna stuns with an unique blend of hand drawn and CGI animation, with segments of real photography and video clips to add another layer of realism to Kawamori’s environmental narrative. The character designs of the series were by Takahiro Kishida, of Serial Experiments Lain fame, with an enchanting music score by the renowned Yoko Kanno. According to Kawamori, Arjuna touted one of the largest budgets for a Bandai Visual production at the time.

Kawamori cites Arjuna as his “most challenging” project, initially the series wasn’t conceived with its powerful thematics:

Well actually, when I started working on Arjuna, I didn’t set out to make something that has a strong message. Instead, I was curious what would happen if a normal high school girl had total empathy with the earth. Every sense, every feeling the earth has. As a result of all the research I did building that premise, the show wound up having a really strong message.(ANN, 2016)

Kawamori thoroughly researched the material for Arjuna, traveling to Malaysia, Borneo, India, and even to a nuclear plant. Meeting with holistic doctors and people claiming to have special powers and near death experiences inspired Juna’s character.

His travels helped to shape the overt Hindu and Taoist elements presented in the series. As the series title suggests, Arjuna is inspired by Arjuna from the Hindu epic Mahabharata. In the epic, Arjuna is a skilled archer who uses a divine bow, similarly Juna is an archer who wields a powerful bow when in combat against the Raaja. Juna also has the ability to summon a giant mecha-like golem called Asura, referencing Asuras from Hindu texts. In Arjuna, Chris takes the role of Krishna from Mahabharata, acting as Juna’s mentor and guide, albeit constantly admonishing her violent ways.

The Mahabharata depicts the Kurukshetra War, fought between two groups of cousins, the Kauravas and Pandavas. Kawamori emphasizes one of the core theme of the series is man’s battle against nature with technology and how this relates to the Mahabharata.

The concept of fighting against one’s friends can be applied to technology as well. I’m not against technology, it is definitely our friend, but I think there could be dangerous aspects to technology. Knowing that, I think people should find the right way to use technology, the right balance between technology and nature.(ANN, 2002)

Arjuna is Shoji Kawamori’s bold, if not controversial, criticism of modernity and how its affecting the planet. Its strong environmental messaging makes Arjuna a poignant discussion in humanity’s role in nature and the potential grim consequences for our transgressions against the Earth due to excess and convenience.

Earth Maiden Arjuna is available on DVD released by Bandai and is streaming for free on TUBI.

Next High Grade Cucuruz Doan's Island Guncannon Releasing in May 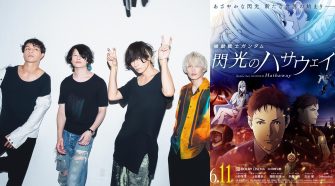