Piloted by protagonist Mikazuki Augus in the Mobile Suit Gundam Iron-Blooded Orphans series, the ASW-G-08 Gundam Barbatos Lupus is an upgraded version of the Gundam Barbatos.
After the fierce battle in Edmonton, Barbatos was modified on Sansei, the home base of Teiwaz, with respects to Mikazuki’s fighting style. With its curved armor, it was rebuilt to be more suitable for close combat, and was given the new name “Gundam Barbatos Lupus”.

The 150mm figure was sculpted under the supervision of Naohiro Washio, the mechanical designer of the Gundam Barbatos in Iron-Blooded Orphans, and designed by Ryu Sakano, who is in charge of the METAL ROBOT SPIRITS series.

The richly colored body of the figure is based on a matte color with gloss and metallic textures to express a sense of luxury. Also, the die-cast parts of the joints are electroplated to create a contrast with the matte painted armor.

The METAL ROBOT SPIRITS < Side MS > Gundam Barbatos Lupus is priced as 10,000 yen with an August 2021 release date.

Directed by Tatsuyuki Nagai, and scripted by Mari Okada, Mobile Suit Gundam Iron-Blooded Orphans began airing October 2015. Set in the bleak Post Disaster era, the series follows a group of child soldiers—Mikazuki Augus, Orga Itsuka, and several others as they are hired to protect a young aristocrat seeking to liberate the Martian colony from Earth’s rule. When the tyrannical Earth peacekeeping force Gjallarhorn threatens those involved, Mikazuki must head into battle using a Calamity War-era relic—the Gundam Barbatos. 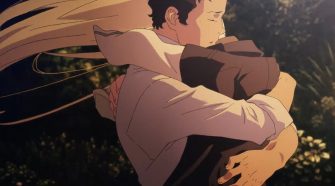