Set fourteen years after the One Year War in U.C. 0093, Mobile Suit Gundam: Char’s Counterattack serves as the final confrontation between legendary rivals Amuro Ray and Char Aznable. Char has risen to power as leader of Neo Zeon and plans an all-out assault to decimate the Earth’s population to revive the planet. Released to theaters in 1988, Char’s Counterattack grossed 1.16 billion yen at the box office.

The METAL ROBOT Spirits <SIDE MS> Nu Gundam Double Fin Funnel Type is priced at 17,050 yen with a May 2023 release date through Premium Bandai. 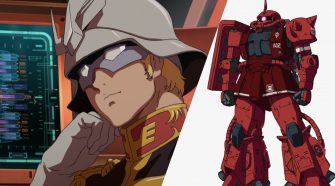