Earlier in the year in January, Gundam Factory Yokohama made the announcement the facility would be extending its operations by one year until March 31, 2023. The moving Gundam attraction was initially to shutter March 31, 2022. With the extension, the RX-78F00 Gundam was announced to have an approximate two month maintenance period, the facility will be closed from May 9 to July 15.

The decision to extend operations was made after discussions with the city of Yokohama and other related parties in response to the passionate requests of fans in Japan and overseas who were unable to visit the venue due to travel restrictions from the Covid-19 pandemic and state of emergency declarations in Japan.

Next Gundam: The Witch from Mercury Releases Smartphone Wallpapers 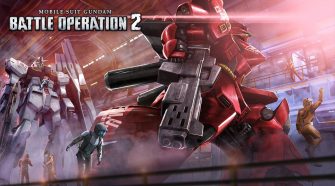