AnimeJapan, a popular annual anime consumer showcase, is holding its first in-person event after two years of COVID-19 related cancellations. In 2021, an online event was held instead. AnimeJapan 2022’s theme will be “Cue! and the event aims to push forward with the feeling of making a new start. The 2022 event will take place at Tokyo Big Sight in Tokyo, Japan from March 26 to March 29, 2022.

Mobile Suit Gundam: Cucuruz Doan’s Island is also listed as one of the content exhibitions for the event.

In the original 1979 Mobile Suit Gundam series, “Cucuruz Doan’s Island” sees protagonist Amuro Ray meeting Principality of Zeon deserter Cucuruz Doan. Stricken with guilt over his actions in a past battle involving killing civilians, Doan has secluded himself on an island in the Pacific swearing to protect the same children orphaned by that battle. 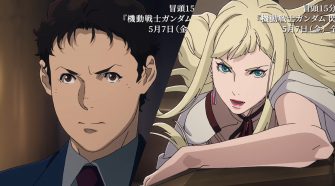