Canadian actor and voice actor Kirby Morrow has passed away on November 18 at age 47, cause yet unknown. Morrow’s brother, Casey Morrow, announced his brother’s death in a Facebook post. Casey Morrow wrote, “Kirby was a blessed and talented individual who brought joy to so many but also thrived off all your love and friendship. He lived for it and it fueled him every day.”

Morrow was best known for his various anime roles such as Goku in the Ocean Productions dub of Dragon Ball Z, Miroku in Inuyasha, and Trowa Barton in New Mobile Report Gundam Wing, Morrow reprised his role as Miroku in the currently airing Yashahime: Princess Half-Demon.

Some of his other notable anime dub roles included Van in The Vision of Escaflowne, Gord in .hack//Roots, Teru Mikami in Death Note, and Ryo Takatsuki in Project ARMS.

Outside the realms of anime, the late actor portrayed Scott Summers/Cyclops in X-Men: Evolution, Cole in Ninjago, and Captain Dave Kleinman in Stargate: Atlantis and Stargate Universe.

Next GGG Four Murasame Releasing in 2021 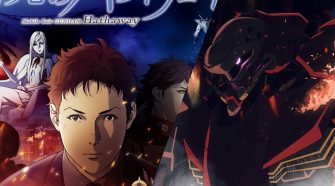