Formed on April 29, 1995 by Minami Takayama, who is the main vocalist and composer, and Shiina Nagano, who writes lyrics, composes, and synthesizes music, the legendary unit TWO-MIX made their debut performing the first opening theme song to the New Mobile Report Gundam Wing TV anime, the iconic “Just Communication.” The group also perform its second opening theme song “Rhythm Emotion”, as well as “White Reflection” and “Last Impression” for the 1997 Endless Waltz sequel OVA/film.

The duo began celebrating their 25th Anniversary in 2020 with the “25th Anniversary Project”. The project saw the release of their TWO-MIX 25th Anniversary ALL TIME BEST album in 2021. The album’s limited edition jacket features artwork by Tomofumi Ogasawara, manga artist of New Mobile Report Gundam Wing Endless Waltz: Glory of the Losers.

Today, as the group celebrated their 27th anniversary, they announced the release decision of their first tribute album, TWO-MIX Tribute Album “Crysta-Rhythm.” No pricing or release date were given at this time. 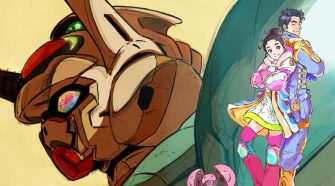