Earlier in the month on November 14,  talent agency Gekidan Himawari announced voice actress Yume Miyamoto would be going on a brief hiatus, citing poor health, but would continue work under certain restrictions. No specific ailment was given.

Today, the official Mobile Suit Gundam the Witch from Mercury Twitter account has announced that Haruka Shiraishi will be substituting for the actress as Nika Nanaura beginning episode 10, which airs December 11.

In the Witch from Mercury, Nika is characterized as a second-year student in the mechanical department, who belongs to Earth House. She loves mecha, and is very curious about Suletta’s Gundam Aerial. Nika is caring and  known to have outstanding maintenance skill.

Affiliated with record label Toy’s Factory and debuting as Sora Matsuzaki in Studio Ghibli‘s From Up on Poppy Hill,  Shiraishi has starred in recent leading roles such as Saltherine “Sally” Aldarake in Peach Boy Riverside, Mira Sou in World’s End Harem, Kosetsu in Shinobi no Ittoki, and Rose Oriana in The Eminence in Shadow.

Miyamoto is best as known for portraying Rikka Takarada in Trigger and Tsuburaya Productions‘ SSSS.Gridman series. The actress is still currently set to reprise her role as Rikka in the upcoming Gridman Universe theatrical film, serving as a crossover between Gridman and its sequel series SSSS.Dynazenon.

Next Gundam the Witch from Mercury: Is Prospera's Endgame a War? 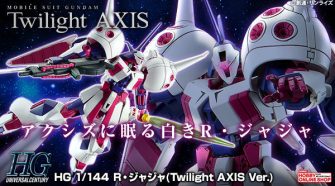