When discussing slated Gundam projects in their “work development strategy” such as Mobile Suit Gundam: Cucuruz Doan’s Island, Mobile Suit Gundam: The Witch from Mercury, the untitled Mobile Suit Gundam SEED ignited film, and the Legendary Pictures live-action Gundam movie co-production, Fujiwara announced the development of a “fan movie” to celebrate the 10th anniversary of the Gundam Build series. No further information or a release window was given for the project.

The Gundam Build series began in 2013 as a departure from the sci-fi-fueled war drama and sociopolitical intrigue accustomed to the mainline Gundam series, in favor of light gunpla-centric storylines set in the “real world” akin to the 2010 OVA Model Suit Gunpla Builders Beginning G.

Airing from October 2013 to March 2014, the twenty-five episode-Gundam Build Fighters was the first entry in this new sub-franchise, directed by Kenji Nagasaki and scripted by Mobile Suit Gundam 00’s Yōsuke Kuroda.

The time is the near future. Years have passed since the 1980s, when “Gunpla” — plastic models based on the “Mobile Suit Gundam” animation — created a huge boom.

Now, a new wave is sweeping the world, in what could be called a second Gunpla boom. Its popularity is driven by “Gunpla Battle,” in which assembled Gunpla can be controlled and made to fight. With the introduction of this revolutionary Battle System, its popularity has expanded to the point that a Gunpla Battle World Tournament is held each year.

The main character of the story, Sei Iori, is a young Gunpla builder who loves Gunpla and dreams of entering the Gunpla Battle World Tournament. As the only heir to a hobby shop, he has high Gunpla building abilities, but he doesn’t know how to control them in battle and is continually defeated in the opening rounds of tournaments. When he meets Reiji, a mysterious boy with superb Gunpla control skills, they team up to take on the World Tournament.

They’re the Build Fighters everyone is talking about! Their goal is to enter the Gunpla Battle World Tournament — and win

Beginning in 2018 as an ONA series, Gundam Build Divers is a new iteration of the Gundam Build series, stand-alone from its predecessors. Divers shifted from conventional Gunpla Battle seen in Gundam Build Fighters to virtual reality with Gunpla Battle Nexus Online (GBN), a new network game that lets people enjoy a variety of missions, events, Gunpla-based battle and open world exploration in a cyberspace dimension.

Next JAXA-Themed Gundam Manholes to be Installed in Sagamihara 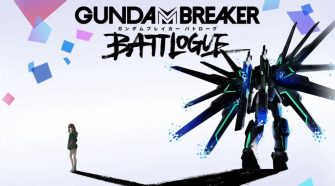