Official Gundam-centric publication Gundam Ace has announced the serialization of a manga adaptation of Mobile Suit Gundam Hathaway’s Flash. The new series will be releasing April 26, 2021 a part of the June Issue of Gundam Ace, helmed by Mobile Suit Gundam Char’s Counterattack: Beltorchika’s Children scribe Uroaki Sabishi. The first volume of the book will also be released May 10, 2021.

A prologue issue of the manga was released prior in the May 2020 edition of Gundam Ace.

Presently, the first in a trilogy of anime films, Mobile Suit Gundam Hathaway’s Flash, or Hathaway is scheduled for a May 7, 2021 release date. The project was announced in November 2018 to celebrate the Gundam 40th anniversary, adapting the Yoshiyuki Tomino-penned novel series of the same name. The novels were originally released from 1989 to 1990, published by Kadokawa’s Kadokawa Sneaker Bunko imprint. 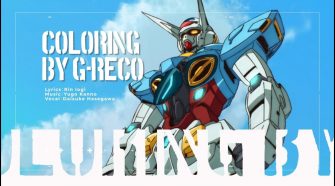