The six episode series was directed by Fumihiko Takayama and scripted by Gainax’s Hiroyuki Yamaga, with mechanical and character designs by Yutaka Izubuchi and Haruhiko Mikimoto respectively. The story takes place in the neutral colony Side 6 and follows Alfred Izuruha, a young boy with a fanciful view of the One Year War, as he gets embroiled in a covert Zeon military operation to destroy the experimental RX-78NT-1 Gundam “Alex” that is being housed on the colony by the Earth Federation.

Next Gundam AGE World to Celebrate 10th Anniversary of Series 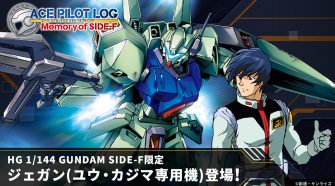