Earlier today, the family of Yoshifumi Ushima posted on his official Twitter account announcing the sudden passing of the musician. The 55-year old artist passed away early in the morning on August 7, due to ruptured esophageal varices caused by chronic liver cirrhosis. A private funeral service will be held for the family.

Ushima was best known for crafting the iconic opening theme songs for the popular 1994 Mobile Fighter G Gundam series, where he served as composer, arranger, lyricist and vocalist for “FLYING IN THE SKY” and “Trust You Forever”. He is also credited with composing “Eien no Tobira”, the ending theme of the 1998 Mobile Suit Gundam: The 08th MS Team- Miller’s Report, performed by Chihiro Yonekura.

Mangaka Kazuhiko Shimamoto(Blazing Transfer Student, Blue Blazes) was tapped for character design drafts for the series by producer Masahiko Minami, who had been a friend and classmate to Shimamoto at Osaka University of Arts. The final character designs are handled by Hiroshi Osaka(The Vision of Escaflowne) coming off Mobile Suit Victory Gundam. The mechanical design team included Hajime Katoki, Kimitoshi Yamane, and veteran Kunio Okawara.

Previous The Witch from Mercury: 'Prologue' to the Trials of Gundam Biotechnology

Next Right Stuf to Release Gundam Build Divers: Re RISE Blu-ray this November 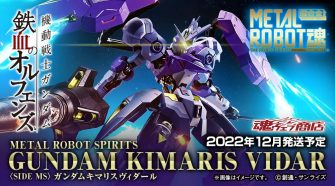