Designed by mechanical designer Ippei Gyoubu, the ASW-G-66 Gundam Kimaris Vidar is piloted by Gaelio Bauduin in the 2016 second season of the Mobile Suit Gundam: Iron-Blooded Orphans series. This Gundam-Frame mobile suit is the final evolution of Gaelio’s ASW-G-66 Gundam Kimaris. Along with adopting its predecessor’s name, ASW-G-XX Gundam Vidar, it retains its Alaya-Vijnana Type E, giving Gaelio all of the benefits of the system without the risk to his own brain.

The METAL ROBOT spirits Gundam Kimaris Vidar figure was sculpted under the supervision of Ippei Gyoubu to best capture the mobile suit as it appears in the series. Die-cast is used for the joints and other parts to give the figure a sense of weight. Along with weapon accessories, the figure will also include an eye-lighting effect and a gimmick to transform into a Dainsleif firing form.

The METAL ROBOT Spirits <SIDE MS> Gundam Kimaris Vidar is priced at 17,600 yen with a December 2022 release date.

Previous Yoshiyuki Tomino Documentary to be Released at Theaters, Decoding the Secret of Tomino's Directing

Next Kana Ichinose Cast in Lead Role for Gundam: The Witch from Mercury 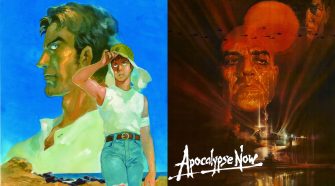