The upcoming, much anticipated Mobile Suit Gundam Hathaway’s Flash film, or Hathaway is set to have a stage event during the expo with Gundam producer Naohiro Ogata talking about the film. The stage event will begin November 12 at 16:00 JST and will also be distributed digitally on the official “Gundam Channel” on YouTube.

Hathaway’s Flash was announced as a film trilogy in November 2018 to celebrate the Gundam 40th anniversary, and serves as the second entry in Sunrise’s U.C. NexT 0100 Project following Mobile Suit Gundam Narrative. The first entry of the trilogy was initially set for a July 23 release date.

Next Gundam Wing Actor Kirby Morrow Passes Away at 47 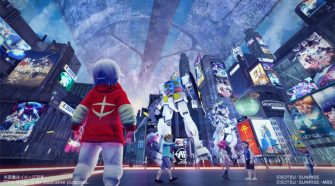