Japan’s anime and video game culture emerged between the 1950s and the 1980s, as comic books, gaming arcades and home TVs and consoles boomed. But it wasn’t just a Japanese phenomenon. The most iconic characters caught people’s imaginations around the world, and they’re still hugely popular today.

Among the slew of Japanese IP is Gundam, specifically the three main Gundam type mobile suits featured in Mobile Suit Gundam Hathaway’s Flash: Xi Gundam, Odysseus Gundam, and Penelope. The selection of these mobile suits over the plethora of choices comes as no surprise with anime studio Sunrise gearing up for the release of the Hathaway’s Flash anime film.

Search for one of the characters on Google using a mobile device and tap “View in 3D” to rotate or zoom in and see it up close. 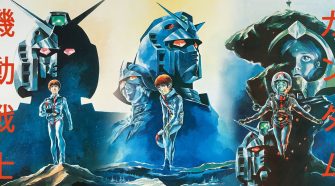