Announced in 2019, the Mobile Suit Gundam series had the honor of being appointed as one of the Japan Pavilion ambassadors for the 2020 Expo Dubai, a World Expo held in Dubai, United Arab Emirates. The event celebrates the 50th anniversary of the founding of the UAE and is the first International Registered Exhibition to be held in the Middle East or Africa, with 192 announced participating countries.

The original Gundam series mechanical designer, Kunio Okawara, illustrated a new rendition of the classic RX-78-2 Gundam for the Expo themed after Japan.

A special video was released by the official international Gundam YouTube Channel, Gundam Info, featuring an interview with the prolific designer for the Expo and new Gundam.

The design is being released by Bandai Namco Hobby subsidiary Bandai Spirits as a HG 1/144 model kit.

The model kit is based on the HG 1/144 RX-78-2 Gundam released in 2015 and includes Japan-inspired marking stickers designed by Kunio Okawara. Kanji characters are used for the sticker design to create more of a Japanese feel. The gunpla will also include Beam Rifle, Beam Saber, and Shield as accessories. The packaging includes a special leaflet with an interview with Kunio Okawara about Gundam with the Dubai International Expo Japan Pavilion PR ambassador specifications.

Next Gundam 0080:War in the Pocket Acrylic Logo Display Announced 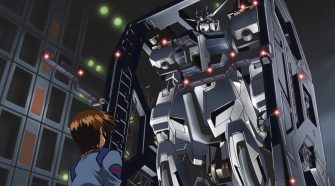