The official Sunrise Gundam information and news portal website Gundam Info recently opened a poll asking netizens which Gundam projects in 2021 they cared about the most. The poll had a total of 1,082 votes and Mobile Suit Gundam Hathaway topped the poll with an overwhelming 56.1%.

The third entry to Yoshiyuki Tomino’s Gundam Reconguista in G compilation film series, Legacy from Space and Shanghai’s full scale Freedom Gundam statue both followed with 15.8% each. The other results as followed: SD Gundam World at 4.3%, Extreme VS Cross Boost at 3.2%, World of Yoshiyuki Tomino Aomori Venue at 2.3%, and finally Japan’s Pavilion PR Ambassador for the Dubai Expo and GGGP2021 both at 1.2%.

The upcoming, much anticipated Mobile Suit Gundam Hathaway’s Flash film, or Hathaway is scheduled for a May 7, 2021 release date. The project was announced as a film trilogy in November 2018 to celebrate the Gundam 40th anniversary, and serves as the second entry in Sunrise’s U.C. NexT 0100 Project following Mobile Suit Gundam Narrative. The first entry of the trilogy was initially set for a July 23, 2020 release date, but was delayed due to coronavirus COVID-19. 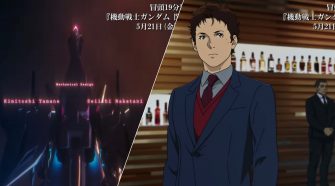