Initially released in 2018, the figures are being rereleased to coincide with Sunrise’s “Road to UC 0105” YouTube campaign, in which the anime studio is streaming the 1989 Mobile Suit Gundam 0080: War in the Pocket series on their official Gundam YouTube channel, Gundam Channel. The two mobile suits were prominently featured in the aforementioned series.

The RX-78NT-1 Gundam “Alex” was secretly developed by the Earth Federation Forces during the One Year War as a mobile suit intended to be piloted by the Newtype ace pilot Amuro Ray who had been outpacing the RX-78-2 Gundam with the development of his Newtype abilities. The mobile suit didn’t possess Psycommu weaponry but was designed to be highly maneuverable and responsive taking advantage of a Newtype’s reaction speed and reflexes. In the War in the Pocket series, the unit is test piloted by Christina MacKenzie.

One of the many variants of the MS-06 Zaku line, the MS-06FZ Zaku II Kai was developed very late during the One Year War as part of the Principality of Zeon’s United Maintenance Plan as an improved and redesigned version of the mainstay MS-06F Zaku II. The mobile suit was piloted by Cyclops Team member Bernard Wiseman in the War in the Pocket series. 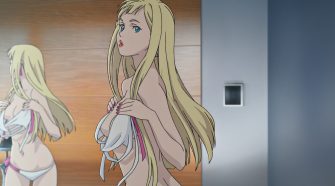