At the event the two discussed the prospects and themes of the next installment in the Hathaway’s Flash film trilogy, as well as announcing its tentative title, Sun of Bright(also read as “Son”). Producer Ogata addressed there would be changes from the novel’s 2nd volume, Yoshiyuki Tomino previously expressed his reservations to Ogata about adapting it. As for the timing of the film’s release, he refrained from saying, but spoke “I won’t make you wait too long”. Bright Noa, Hathaway’s father, will appear in the second part and Narita was enthusiastic about returning saying, “I hope I can give it my all”.

Opening to Japanese theaters June 11 the Hathaway film has earned record box office sales with 2,017,561,400 yen in revenue and 993,196 tickets sold. The film is nearing the 1982 Mobile Suit Gundam III: Encounters in Space as the highest earning film in the Gundam franchise, sitting at 2.3 billion yen in box office revenue. 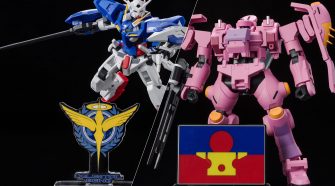