The novels will be released under their Kadokawa Comics Ace label and feature new cover illustrations by the novels’ original character designer and illustrator Haruhiko Mikimoto. As the cover of the first novel indicates, the English title will match the anime film’s with “Hathaway’s Flash” shortened to “Hathaway”, as well as feature the anime’s updated character designs.

The upcoming, much anticipated Mobile Suit Gundam Hathaway’s Flash film, or Hathaway is scheduled for a May 7, 2021 release date. The project was announced as a film trilogy in November 2018 to celebrate the Gundam 40th anniversary, adapting the Yoshiyuki Tomino-penned novel series of the same name. The novels were originally released from 1989 to 1990, published by Kadokawa’s Kadokawa Sneaker Bunko imprint. 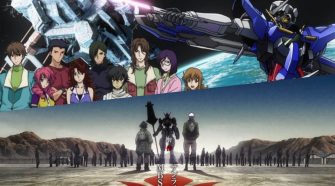