Mobile Suit Gundam: The 08th MS Team Option Parts Set 03 is the third collection of additional equipment and effect parts that can used to accessorize ROBOT SPIRITS figures from The 08th MS Team series. Presently Tamashii Nations has only unveiled their plans to include a FFB-7Bst Jet Core Booster, among new effect parts. More details will be announced at a later date. 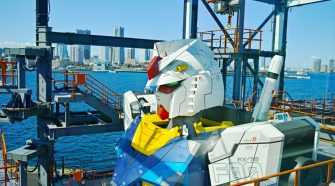