In the film’s second weekend, it has earned 1,016,249,400 yen in 10 days from June 11 (Friday) to June 20 (Sunday) with 501,706 tickets sold. This marks the first time in thirty-three years a Gundam entry has exceeded one billion yen in box office revenue since the 1988 Mobile Suit Gundam Char’s Counterattack, which earned 1.13 billion yen.

With a great start, the team behind Mobile Suit Gundam Hathaway Flash confidently projects the film will surpass Mobile Suit Gundam III: Encounters in Space as the highest grossing in the Gundam franchise, exceeding 2.3 billion yen.

While the film is screening in Japan, streaming giant Netflix announced they were exclusively releasing the Hathaway film July 1 internationally during their “Geeked Week” event. 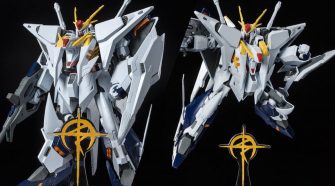