Bandai Namco’s hobby business subsidiary, Bandai Spirits has announced the release of the Calamity Gundam for the Full Mechanics line of Gundam model kits. This will be the first in a new series of Full Mechanics models, following the Iron-Blooded Orphans series.

The head pulls out from the body and has a built-in gimmick that eases the buffer between the head and the collar.
The abdominal axis swings back and forth, left and right, and the crotch axis also swings downward to create a powerful pose with a wide stance.
The front skirt is articulated to tilt forward when the model is bent forward so as not to interfere with the left-right rotation of the torso. The front block is designed to be pulled up to hide the gap between the blocks when the torso is bent.

The arms are connected to the shoulder armor with ball joints, and can be moved with a combination of shoulder swings, double elbow joints, and double wrist joints.
The Todesblock is included as a handheld weapon, equipped with a movable gimmick that allows the grip to swing forward.
The “Kaefer Zwei” with swinging barrel is included, and can be attached to the forearm using the joint parts.

Next New Crossbone Gundam Model Kits to Release in May 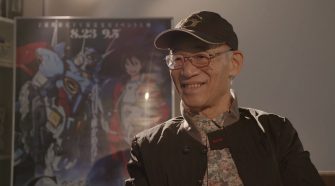